“1st Assembly of Istanbul Initiative” was organized, under the Green Crescent’s leadership, to designate a common global strategy in the fight against addiction. Together with the declaration published consequent to the assembly held in Green Crescent Headquarters Sepetçiler Pavilion in Istanbul on 12-13 June, by 21 leading NGOs’ representatives from 15 different countries from Sweden to Ghana, from Italy to the United States, a new beginning was signed in the area of fighting against addiction.

Green Crescent pioneered the establishment of the Istanbul Initiative in order to fight together to prevent addiction, to develop new methods and designate a global strategy. In the 1st Istanbul Initiative assembly organized in Green Crescent Headquarters on 12-13 June, leading NGOs working globally in the fight against addiction shared experiences, and voiced opinions.

In the first session of the yearly meeting in Istanbul, the global opinion leaders of the fight against addiction created a global roadmap, and prepared the “Istanbul Initiative Declaration.”

In the 15 article declaration, in order to change social norms, prevent drug use and build healthy societies, opinion leaders, from communities of sports to health, of youth to business, were called. Also the importance of establishing recovery focused care systems offering comprehensive interventions reaching from early intervention to damage reduction, to rehabilitation and reintegration was confirmed. Also in the media session of the meeting, the European Drug and Drug Addiction Monitoring Center 2019 Drug Report was evaluated.

Green Crescent, The Global Leader in the Fight Against Addiction
After the assembly, Green Crescent General Manager Sultan Işık appeared before the cameras with Kristina Sperkova, Cristina Von Sperling Afridi and Boro Goic and shared the declaration prepared with mutual agreement, and shared information about Istanbul Initiative.

Indicating that Green Crescent gained important functions and responsibilities since 2000s, “Together with the Green Crescent Consultancy Centers (YEDAM) aiming to provide solutions to our people’s problems about addiction, providing free psycho-social support to addicts and their relatives, Green Crescent’s active procedures spread across the country. The number of YEDAMs operating in Turkey reached up to 25 as of today. Together with our Green Crescent Consultancy Centers we are standing next to our youth and their relatives, and aim to create success stories in terms of treatment of addictions and reintegration of individuals to society.”

“Active in 52 Countries, Green Crescent is a Global Opinion Leader”
Reminding Turkey’s Fighting Against Addiction Program was showed in the EMCDDA report as a good execution example, Işık reminded Green Crescent was honored as an opinion leader because of its active and exemplary processes by global NGOs working for the same cause:

“With its centenary experience, Green Crescent continues its duty of being an opinion leader and influencer, not only nationally, but also in the international arena. Its organization as an active establishment in 52 countries around the world, and its sharing of information with other NGOs are its major indicators. Our active studies and exemplary projects have resulted in us positioned as an opinion leader by global NGOs working for similar causes. Our Istanbul Initiative meeting today is also an indicator of our position in the global platform.”

Reminding with the prepared notice actions to be taken strategically in all countries fighting against addiction were designated, Işık shared they will continue to take steps for youth whose lives are under threat anywhere around the world:

“Especially in the rise of substance addiction rates, the existence of some industrialized forces and influence should be accepted as much as social and psychological reasons. The problems has a multi-dimensional attribute. NGOs need to, when they have returned their home country from here, in the level of United Nations, and by international health organizations such as World Health Organization, take the matter at hand. They need to think about this struggle as a wide platform by cooperating with governmental establishments and security forces. As a summary, Istanbul Initiative Notice contains these types of principles and suggestions.”

Drug Diversity is Increasing in Europe
Mentioning European Monitoring Centre for Drugs and Drug Addiction (EMCDDA) 2019 Drug Report, Işık highlighted that drug diversity in Europe is increasing compared to the past:

“In the report, it is highlighted that among drug users, multiple drug use is common. In Europe, the most widely used drug marijuana’s prevalence is 5 times more than other substances. By the end of 2018, over 730 new psychoactive substance was monitored in the world. In Europe, 55 of these were identified firstly in 2018. Unfortunately, Turkey is in a key position in transfer of numerous categorical drugs from east to west as a transit country between Europe and Middle East. Yes, the picture is not bright in the report. Cheap and easy to reach options results in prevalence among adolescents. Because of this, families please contact us in the slightest of suspicion. As Green Crescent, we are the biggest supporter of the youth and their families from the addiction prevention to the rehabilitation and reintegration. With our YEDAMs we are following multifaceted and scientific procedures.” 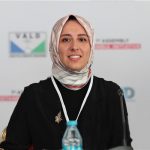 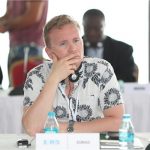 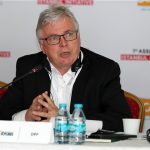 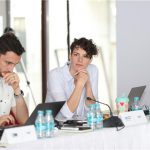 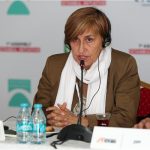 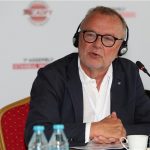 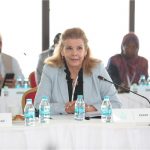 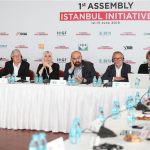 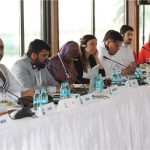 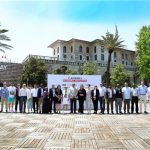