Posted on May 2, 2017 Posted By: adminCategories: News 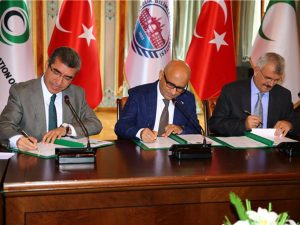 The Turkish Green Crescent, the International Federation of Green Crescents, and the University of Health Sciences, joined their effort to create a healthy generation by signing a Cooperation Protocol Combating Addiction. Within the framework of this protocol, these organisations will work with a common action plan with an aim to further strengthen the scientific basis of the fight against addictions, to minimise the consumption of harmful substances such as tobacco, alcohol and drugs, and to raise public awareness of this issue.

The Green Crescent and the International Federation of Green Crescents signed the “Cooperation Protocol for Combating Addiction” with the University of Health Sciences. The parties aim to undertake an informative, preventive and rehabilitative mission to minimise the consumption of harmful substances such as tobacco, alcohol and drugs, to lay the groundwork for the formation of a healthy generation and society, to cure current addicts and help them reintegrate within society, to warn and educate those who are not current users about the dangers of addiction, and to conduct a joint effort within the scope of the agreement.

The protocol signing ceremony, with the presence of the Turkish Green Crescent President Prof. Dr. Mücahit Öztürk, President of the International Federation of Green Crescents Prof. Dr. M. İhsan Karaman, and the Dean of Health Sciences University Prof. Dr. Cevdet Erdöl was held at the Sepetçiler Pavilion on 22 September 2016.

“Our work is a model to other countries around the world”

The Turkish Green Crescent’s President Professor Mücahit Öztürk stated at the ceremony that “The Green Crescent Society aims to protect society and youth against harmful habits without discrimination,” and further indicated that “This protocol, which we have signed with the International Federation of Green Crescents and the University of Health Sciences, will further strengthen the scientific basis of our work. The Turkish Green Crescent is now a trademark open to the world; our projects are becoming a model internationally. We believe that it is very important for us to have the support of the university in our long term and comprehensive projects.” Öztürk, who stated that they started to apply scientific and preventive and rehabilitative activities throughout the country, continued his speech as follows: “The Addiction Prevention Training Program of Turkey (TBM), which is the most comprehensive training program in the field of addictions in Turkey, has allowed us to reach 11 million students with customized content for each target audience. The Turkish Green Crescent Counselling Centre (YEDAM), a social rehabilitation centre, has reached a level where it can offer new approaches to the world. The Turkish Green Crescent, with its content, the activities and projects it has conducted, has taken rapid and solid steps with the support of science in becoming a very important brand in the national and international arenas.”

The Dean of the Health Sciences University Prof. Dr. Cevdet Erdöl stated that “Addiction is the greatest threat to our youth and our future, and it is a great advantage that Turkey has a young population but that this advantage can turn into a risk if we cannot protect our young people from addictions. I hope that this cooperation protocol will be beneficial for our country’s youth along with young people internationally with the federation.” 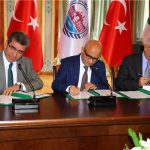 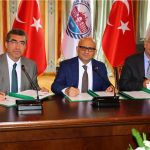 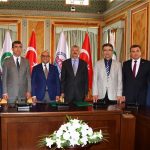